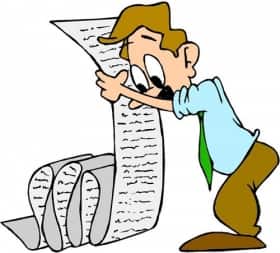 Not so long ago, namely on July 29, 2016, a new opportunity from Google AdWords appeared – expanded text ads. Expanded text ads (as you might call them) are a new ad format. It is expected that the capabilities of the new advertising format will make advertising more visible to users and allow you to create informative and memorable ad text. And changing the URL display format will allow you to significantly increase the number of clicks on ads, which in turn will increase CTR. Expanded text ad support has already been added to the AdWords Editor and AdWords API, as well as third-party tools including DoubleClick Search, Kenshoo, and Marin.

So, what has changed in text ads?

*Total ad length will now be 140 characters, 47% more than the standard version.

*Ads now contain not one, but two titles, each of which includes up to 30 characters.

* the text description is single, which has expanded and is now up to 80 characters

* Advertisers can specify two optional path fields of up to 15 characters each (which allow you to complete the display URL) leading to different sections of the site. Plus, now these paths do not have to match the landing URL. All this will help to specify the ads. Below is an example of the new and standard ad format in the screenshot.

Above is a variant of a standard text ad, below is an expanded one. As you can see, the bottom ad can attract much more attention from users than the top one. In turn, this will increase the likelihood of a click by exactly those people who are interested in your product, as you can tell more about your product and thereby filter out the wrong audience. It follows from this that the CTR of AdWords ads will increase a lot. At the moment, and until October 26, 2016, it will be possible to create two types of ads, standard and expanded. Deployed is set by default. In order to create standard text ads, you need to click on the link “Return to using standard text ads” (indicated below in the screenshot under the number 1.). After the above date, you will only be able to create ads in the new format, although existing standard ads will still run.

So, how do you create an expanded text ad?

For this, you need:

2. In the menu on the left, select the campaign where we want to create or add a new text ad;

3. Next, select the Announcements tab;

5. On the drop-down window, select the group to which the ad will be added;

6.4. Description of the product offered to the market (80 characters);

6.5. Two optional (but desirable) fields Path, each of which is up to 15 characters long. The text specified in them will be added to the display URL immediately after the domain. This allows you to customize the display URL so that it is clear to the user which page your ad is pointing to.

7. Also, while typing the ad, to the right of the text itself, you can see a preview of the ad, that is, since it will be shown on different devices.

8. And after all of the above, at the bottom left, click Save ad.

By the same principle we do in Adwords Editor. At the beginning:

1.select the campaign to which the expanded ad will be added;

2. then in the menu on the right, select Announcement – Expanded text ad;

3.then, on the top panel, click on Add expanded text ad;

4.and select the group to which we want to add;

5.then click OK. And voilà your ad is ready!

Well, now we can sum up the advantages of the new format:

First, the ads will be responsive across devices, meaning there will no longer be a need to create a separate text ad for mobile devices. Secondly, this is, of course, the length of the ad itself, which has increased from 96 characters to 140, which, as already mentioned, will help to concretize the ad itself, weed out an irrelevant audience, thereby increasing the CTR of the ad. We remind you that we only need a relevant audience! Since an irrelevant one will not bring a sale to anyone, but will only spend your budget with its clicks.

And the higher the CTR, the more impressions and transitions to your site you will receive, respectively, this will attract more potential customers to your site. In addition, the higher the CTR, the lower the cost per click, respectively, specifying and making your ad more you will pay less. In addition to the above, even with even rotation, Google prefers a new ad format – you can get more impressions and won auctions. So test it, friends!) And more auctions won for you!