The name “Canada” comes from the word kanata, which means “village”/”settlement”. The country with an area of 9.9 million km2 is the second largest territory in the world, and has access to three oceans simultaneously: the Pacific, the Atlantic and the Arctic, which affects the developed maritime international trade. This is reflected in the country’s motto “A mari usque ad mare” – “From sea to sea”.

Most of the population of 38.6 million lives along a narrow strip near the US border in the south of the country i.e. more than 80% of the effective demand of the country will be concentrated in this region. This should be taken into account when analyzing marketing budgets and building an advertising strategy.

You can clearly see the uneven density of people living from space in the night photo of North America. For greater clarity, the light of cities is enhanced many times in the photo: 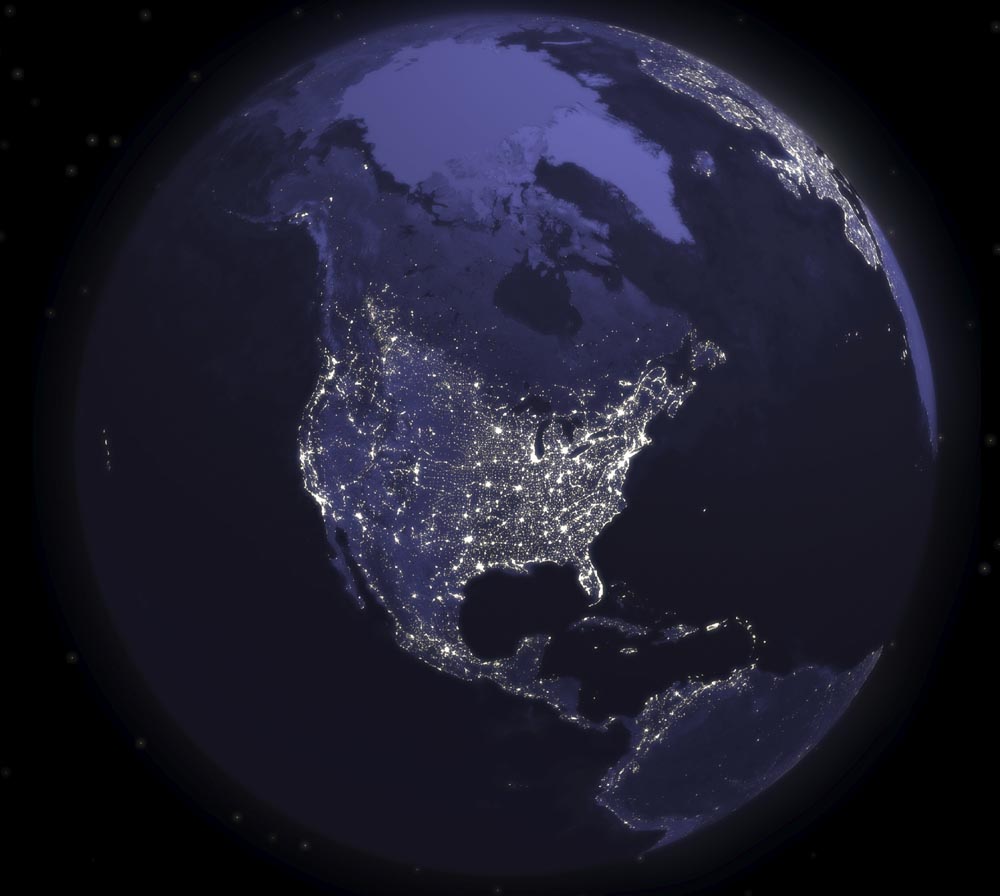 GDP per capita is 52 thousand dollars according to statistics for 2021. According to this indicator, the country ranks 21st in the world (nearby Bahrain, Finland, Australia, France). The high standard of living reflects the same feature as for all other developed countries – the cost of those services and goods where a large proportion of handicraft will be high (taxi services, hairdressers, make-up, repair of household appliances, cleaning).

How much does contextual advertising cost in Canada?

(in the example, we took data from the GTA Toronto region)

What is the minimum recommended cost per month for Google PPC Ads? To fully answer this question, you need to understand the niche, the average check for a service or product, the region of advertising, the number of competitors in the Google Ads auction. We also proceed from the fact that in order to bring profit and high performance, statistics on abandoned applications and successful transactions are technically needed.

Most likely, you should not count on a monthly budget if you have a local business services, less than $700. US per month (with exceptions). For online stores, the minimum cost for launching one category of goods is from 200-300 USD per month. In more detail, in each specific project, our team prepares a categorical media plan in the context of different types of tools (RK search block, RK Trade Ads block, Smart shopping, KMS RK block, RK Video block).

When setting up ads and choosing a language, consider the region of the ad. English is the predominant language in the country, the second state language (French) is used mainly near Quebec (the capital of the Canadian French-speaking province).

We should also highlight the features of launching Google contextual advertising for GTA Toronto (Greater Toronto Area) or Greater Toronto (the largest agglomeration of Canada with the center in the city of Toronto). The climate in Toronto is close to New York or Chicago. Includes Toronto and four regional municipalities: Holton, Peel, York and Durham. The city of Hamilton is often unofficially included.

Since the data of different research companies differ and very often the studies are presented not separately for Canada, but jointly for two countries – the USA and Canada, we additionally added data from our projects only in Canada to the analysis. As a result, we received average indicators for 2021:

* The data in the diagram is based on the version of the adwservice.com.ua command.

The DuckDuckGo search engine has grown from 1% to 4.5% over the 21st year amid the desire of users to hide personal data about themselves. It will be very interesting to look at the Google and DuckDuckGo search share statistics at the end of 22, because. there is a hypothesis that the flow of users from Google to DuckDuckGo stopped after Google announced the introduction of a new data privacy policy in February 2022 (following the example of Apple).