Spain is the 30th most populous country in the world with 47.3 million people. The country’s GDP per capita is $43,100. Due to the high level of income and a considerable population, it is profitable in Spain to open new lines of business, in particular, ecommerce.

That is why contextual advertising in Spain is very popular – it quickly pays off due to the high level of income of local residents. In addition, Spain has a very dense Internet coverage, it reaches even the most remote corners of the country.

Peculiarities of setting up contextual advertising in Spain

Before setting up Google Ads in Spain, you need to study the cultural and economic features of this country in order to correctly determine the targeting and target audience.

When choosing a target audience for setting up contextual advertising in Spain, consider the specific region of the country in order to determine geotargeting. In Spain, there is some social stratification between different regions.

So, Aragon, Castile-la-Mancha, Navarre are poorer, by advertising in these areas you are unlikely to be able to sell luxury goods, jewelry or sports cars. And vice versa, there are quite prosperous regions, such as the Balearic Islands and the capital of the country – Madrid.

The official language of the country is Spanish (Castilian). In addition to it, Basque, Aran, Galic and Catalan are widely spoken, being semi-official. In addition, the Spaniards speak more than ten dialects that need to be taken into account when collecting semantics for an advertising campaign and writing ad texts, as well as when designing a landing page.

If you’re targeting an entire country, only one language will suffice – Spanish. However, for regional sites, another advertising campaign in the local language will be required. This will increase the price tag of the PPC specialist, as it will add more work to him.

But to fill the site for advertising and create landing pages in the regions of Spain where dialects are common, you may have to involve native speakers as an editor or copywriter.

What else to consider?

Several factors influence the price of contextual advertising in Spain. The most significant of them are the cost of setting up an advertising campaign, as well as the budget for traffic (clicks) from Google Ads.

In the case of Spain, it is usually at least two languages – Castilian and Catalan. For a specialist in this case, this is tantamount to running two separate projects, since you need to collect semantics, compose ad texts, and perform clustering for each language separately. Therefore, running such an advertising campaign is more expensive.

In order to calculate your advertising budget and create a media plan, you need to know the cost per click in your niche. The cost of clicking on popular queries from Google Ads in Spain is shown below:

It is important to understand that the real cost of a click in the account for the categories presented is likely to be lower. We’ve listed prices per click for basic marker queries, and they’re usually the most expensive. Other requests from the same group may be cheaper. In addition, the cost of a click will depend on the quality of the ad account setup, as well as the landing page.

If you’re setting up Google AdWords yourself, check out our blog and YouTube channel. There are a lot of practically applicable videos and text materials with analysis of accounts for online stores and service sites. 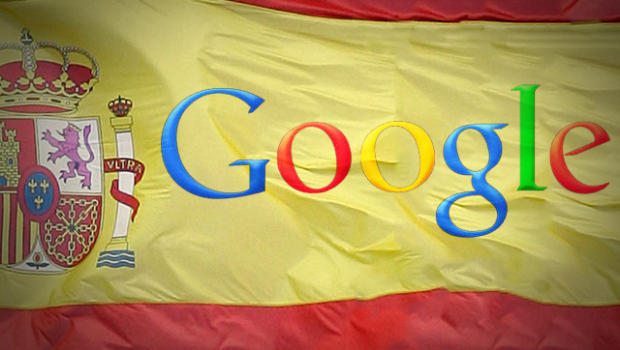 The most popular search engine in Spain is Google. It is used by 95.84% of Spaniards to send search queries. It is almost an absolute monopolist, since its closest competitor, Bing, is used by only 2.75% of local residents. And Yahoo!, in third place, is used by just 0.82% of Spaniards.

All this makes Google Ads advertising in Spain a very promising investment, because you get the highest possible audience reach and the most motivated users who are already aimed at making a purchase.