The Czech Republic is a central European country with a developed industry and an above-average per capita income. The Czech Republic’s GDP is higher than that of most southern countries of the European Union and amounts to 43.7 thousand dollars per capita (34th place in the world).

In combination with a high level of Internet coverage, the country becomes interesting for launching ecommerce projects in it, businesses related to services and selling goods online. Therefore, contextual advertising in the Czech Republic can be a very effective investment that will quickly pay off.

Features of contextual advertising in the Czech Republic

When choosing an advertising campaign strategy for a particular country, it is necessary to take into account its geographical, migration, cultural, economic and consumer characteristics. For the Czech Republic, it is:

More than 10% of the country’s population (1.3 million people) lives in its capital, Prague. This makes this city interesting for setting up an advertising campaign. As for other European million-plus cities, here you need to take into account the pendulum migration during the day.

So, employees of offices and enterprises come to the city from numerous suburbs of the capital in the morning, and in the evening they go home on suburban trains and private cars.

This should be taken into account when setting up Google advertising – after all, during the day, being in Prague at the workplace, a person can look for plumbing services that he will need in the suburbs on the weekend.

They are especially effective for the HoReCa sector (hotels, restaurants, bars) in the Czech Republic. Fill out a Google My Business profile for your campaign, encourage customers to leave reviews, set up local advertising, Google Maps ads.

In this way, you will greatly increase the influx of solvent customers (not only local residents, but also tourists). The latter, in most cases, choose a restaurant or hostel based on reviews and ratings on Google Maps.

Tourists often rely on Google Maps reviews even when choosing a dish in an establishment. When visiting such an institution, they do not even use the menu, but are immediately ready to place an order with the waiter. This must be taken into account when building an advertising strategy for such an institution.

Cost of setting up contextual advertising for the Czech Republic

The cost of setting up an advertising campaign in the Czech Republic consists of two components – the cost of the work of the PPC specialist or Internet agency with which you cooperate and the budget for clicks in the Google AdWords system.

The cost of a click on contextual advertising in Google Ads correlates with the level of GDP per capita in the country. For the Czech Republic, it is quite considerable, as it is affected by the high standard of living of local residents. Here is the latest data from Google Keyword Planner for 2022:

Interesting facts about the online advertising market in the Czech Republic

As of January 2022, there were 9.66 million active internet users in the Czech Republic. The country has a very high level of Internet penetration – more than 90% of the total population. This makes the Czech market very attractive for online trading.

The country is actively increasing the number of online purchases. The following areas are most popular among buyers from the Czech Republic: 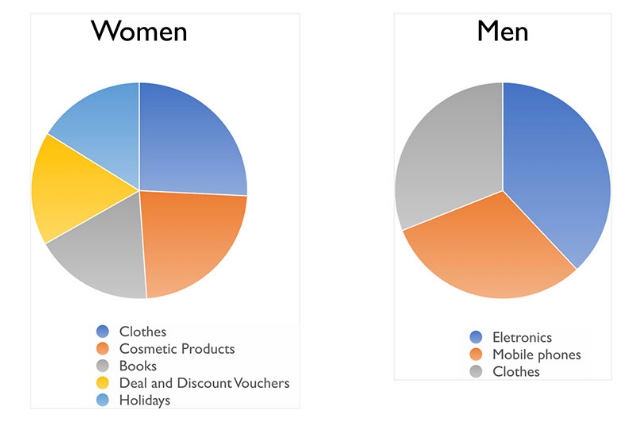 In January 2022, there were 8.05 million social media users in the Czech Republic. The most popular of them is Facebook, which is used by 4.85 million people in the country. 3.6 million Czechs use Instagram, and 1.46 million Czechs have registered TikTok.

The most popular search engine in the country is expectedly Google with a share of 81.44%. But what distinguishes the Czech Republic from other Eastern European countries is the presence of its own search engine, which is very popular among the inhabitants of the country. This system is called SeZnam, and it collects 13.05% of all search traffic in the country (which is quite a lot).

The top three is closed by Bing with its share of 3.25%, there are also among the Czechs those who prefer to use Yahoo!, DuckDuckGo and Yandex. But their share is less than 1% for each of the search engines.